The Minnesota Power Solar Sense program is back in 2023, but with significant changes you need to know about. 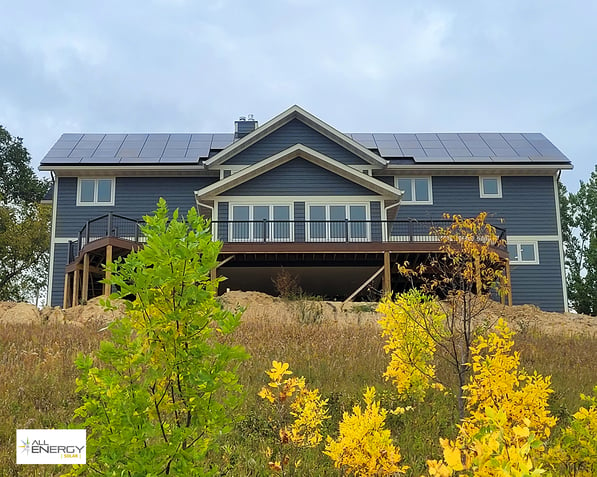 The rebates offered through Minnesota Power are based on expected production for the year. This amount is calculated by taking your solar system's size and production capabilities to generate an estimated kWh for one year and multiplying it by the $0.29 per kWh that SolarSense offers.

Minnesota Power has reduced its aim of funding 20 percent of the installed cost of solar projects in previous years to its new target of supporting 10 percent of the installed cost for 2023. Additionally, maximum rebate amounts have decreased from $10,000 to $5,000, with a total budget for this program of $87,675. As solar has become more accessible, incentives have gone down, meaning fewer incentives will likely be available the longer you wait to install.

Unlike previous years, where a first come, first serve basis was used, Minnesota Power will now use a lottery system for applicants. Applications will be accepted from March 1-3, 2023. Applicants will be notified of their acceptance by March 10, 2023, or if they are waitlisted for the program.

The SolarSense program is only scheduled to be available through 2024, and with increased demand for the program, you will want to act fast to access these benefits before they are gone.

Earlier this year, the Inflation Reduction Act was passed, which increased federal tax incentives for solar panel installations, which be used with other opportunities, such as the SolarSense program. The previous 26 percent tax incentive was raised to a 30 percent tax credit. Additional incentives include 10 percent for building with U.S.-made materials and 10 percent for solar arrays built in former fossil fuel communities.

Want to know if you qualify for the SolarSense program? All Energy Solar can help! Contact us for a free site assessment and see how you could benefit from installing a solar array.