Solar energy has been around for a while, but the panels in our community sure haven’t.

Many residents are now switching to solar energy, and for good reason. In 2018, White Bear Lake held a solar energy information session where representatives from solar and energy organizations spoke about the benefits of solar. The event was purely informational, but those who attended had the opportunity to join other homeowners who wanted to work together to purchase solar and receive a group discount.

“From my experience, it’s an item that a lot of people have wanted to do for a long time,” said Bobby King of Solar United Neighbors, one of the organizations that participated in the session. “There’s interest in being more self-sufficient, and also leaving a smaller carbon footprint.” 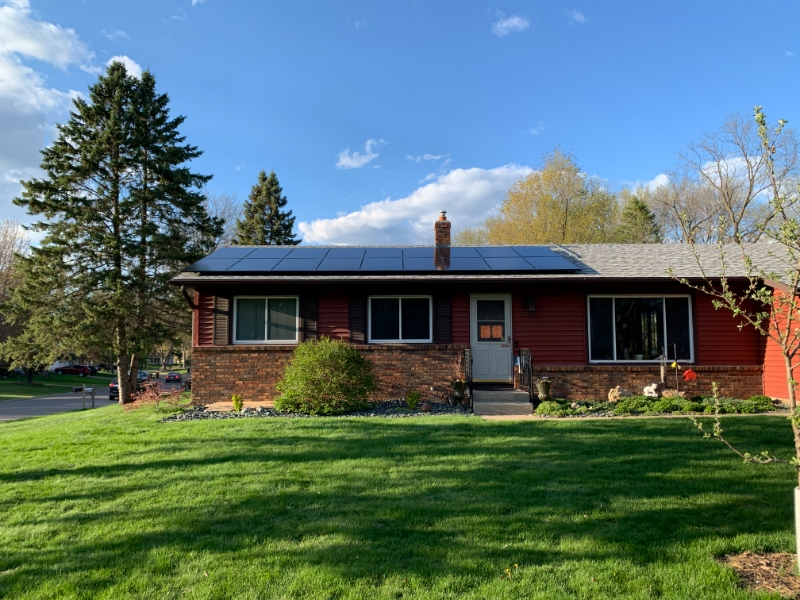 But the information session wasn’t the only thing that has pushed people to switch to using solar power in recent years. Right now, it’s cheaper to install solar power: After 2020, the federal solar tax credit for doing so will decrease from 26% of the system’s cost to 22%.

“The incentives that the state of Minnesota and the federal government are offering are decreasing and going away. Those incentives are on a first-come, first-served basis. We’re encouraging people to take advantage of them because they’re available,” said Michael Allen, owner of All Energy Solar, a St. Paul family-owned company celebrating its 10th year in business.

“Our current version of electricity is burning gas or coal that omits harmful gases into our environment. That same electricity can be done with zero emissions,” he said.

Two homeowners, one in Lino Lakes and one in White Bear Lake, recently made the switch with All Energy Solar and gave glowing reviews.