Net Metering: The Little-Known Program Worth Thousands Of Dollars To Solar Panel Owners

Although most people are familiar with solar as an alternative to traditional energy production, very few people understand how it works to save you money, especially when it’s not sunny out. Enter net metering. Let’s take a quick look at this little-known billing mechanism that allows most property owners with solar to leverage the energy they’re producing during the day to save thousands of dollars annually. 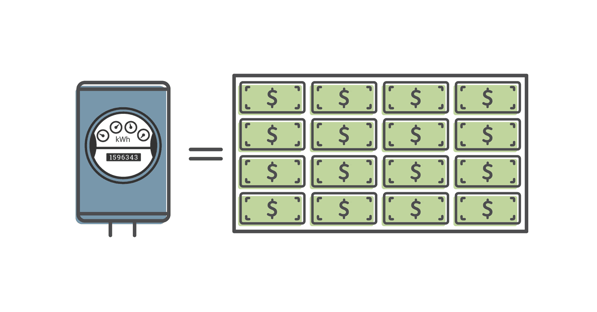 Consumers who use solar to generate some or all of their electricity and are tied to the power grid may have periods where they produce more energy than they are consuming. In this case, the surplus energy their panels produce is fed directly back to the power grid. With net metering, the utility company tracks the flow of energy in both directions and provides the solar system owner with a credit for any excess electric power they produce.

As of September 2021, 38 states plus Washington, D.C. and Puerto Rico have some level of mandatory net metering policies. However, some states have much more favorable policies in place than others. Some power utilities have also recently pushed their state government to redraft these policies to be more advantageous or even eliminate them.

The Edison Electric Institute (EEI) along with other Lobbyist groups for the power industry have argued that net metering is damaging to the industry and places an unfair burden on the power companies as they claim it deprives the utility of this portion of cash flow, reducing its ability to invest in and maintain its distribution infrastructure. The reality is that the net metering and the power produced by solar system owners have actually helped the U.S. dramatically increase its clean, renewable energy production and make it available to more consumers.

Consumers, who are considering solar, and who are fortunate enough to live in a state with generous net metering policies love these programs. States with pro-net metering policies have significantly more solar installations than those without,  helping those states expand their local, clean energy production. In addition, consumers in pro-net metering states often see a considerably quicker return on their solar investment due to the added savings they see annually.

To learn more about how you can add solar panels to your property and take advantage of net metering in your state, contact an All Energy Solar representative.