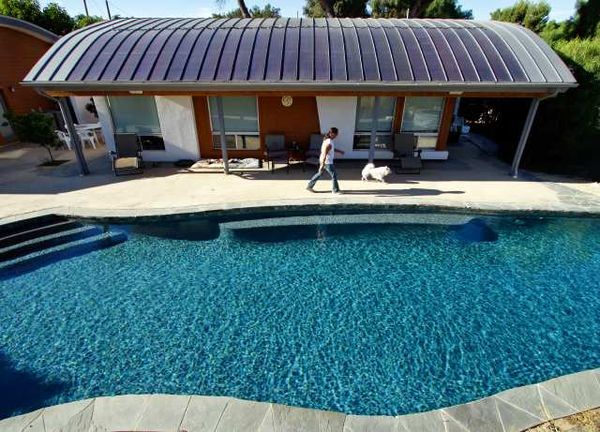 Google wants homeowners to use solar panels to generate electricity. And it's investing $75 million to help up to 3,000 of them install panels on their roofs.

The Internet search giant said Tuesday that it will create a fund for solar installers to offer financing plans.

Google said its plan will allow homeowners to install a $30,000 solar electricity system with little or no money upfront. Instead homeowners would pay a monthly fee which would be about the same that they would pay in their monthly bills to their local utility.

Google will own the panels, and will get paid when customers buy the electricity the panels produce.

How it works, according to Google:

That's where Clean Power Finance comes in. They've developed an open platform that connects installers with investors like Google to provide financing to homeowners. Solar installers sign up with Clean Power Finance to get access to the company’s comprehensive sales solutions, including consumer financing from investors, like the Google fund. This enables installers to sell more systems and grow their business. The installer builds the system, the investor owns it (in this case, Google), and homeowners pay a monthly payment for the system, at a price that’s often less than paying for energy from the grid. Maintenance and performance are taken care of by Clean Power Finance and its network of installers.

This is Google's second investment in residential solar, bringing its total investment to more than $850 million to develop clean energy, Rick Needham, Google's director of green business operations, wrote in a blog post.

In June, Google created a $280-million fund to help finance rooftop installations. At the time it said the deal with SolarCity, a solar panel installation company in San Mateo, was the largest green investment it had ever made.

See this article in its original location here

Visit us on the web at www.allenergysolar.com