Looking to go solar in Wisconsin? Here's what you need to know to harness the power of the sun in the badger state. 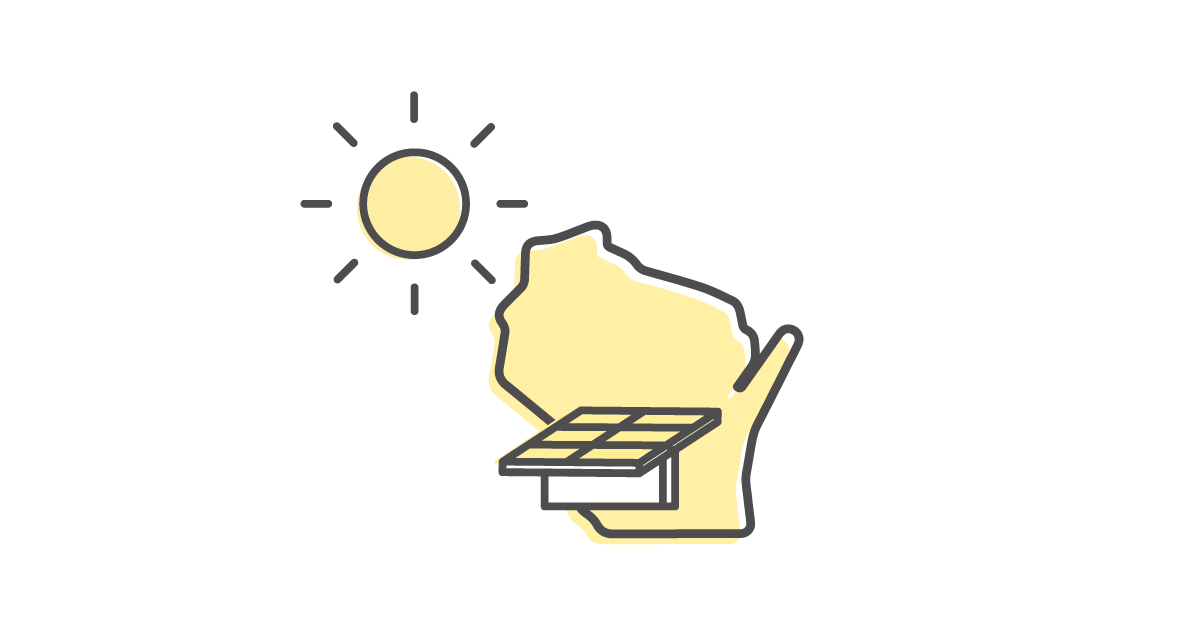 Solar is gaining popularity in Wisconsin

Although Wisconsin currently lags behind many of its neighboring states, many Wisconsin residents, businesses, and municipalities have already learned about the benefits of going solar. Statewide, roughly 62,700 Wisconsin households are solar-powered, according to RENEW Wisconsin. And many businesses are now making the move to clean renewable solar energy. The City of River Falls, Wisconsin, ranks second nationwide for participation in green pricing programs and has moved to fully renewable energy for all their city buildings, including production from the city-owned solar farm.

Governor Tony Evers' 2021 budget proposal features 28 provisions on clean energy and climate that, if passed, will likely help stimulate the adoption of solar across the state.

Wisconsin is a relatively good state for solar

Like many states in the Upper-Midwest that have cold and snowy winters, one might believe Wisconsin is not well suited for solar; however, the opposite is true.  Wisconsin is a relatively good state for solar, with an average of about 190 days of sunshine a year. Additionally, Wisconsin’s somewhat cooler but sunny spring, summer, and fall seasons provide optimal solar energy production conditions compared with states with much hotter seasonal temperatures.

A bright spot for good causes

Wisconsin is also home to the Solar for Good initiative, promoting solar power expansion among mission-based nonprofits in Wisconsin. The program awards grant-funding or solar panels, engineering reviews, and technical assistance to nonprofit organizations, helping them switch to clean, renewable solar energy. To date, Solar for Good has successfully helped over 90 nonprofits install solar panels, resulting in energy savings that they can reinvest in their cause-based efforts.

Like many states, Wisconsin has net metering laws in place. Net metering allows residential and commercial customers who generate their own electricity from solar power to sell the electricity they aren't using back to the grid.

To learn more about going to readily available renewable solar energy in Wisconsin, contact an All Energy solar representative.