Considering Installing Solar? Why Including a Battery Backup is a Good Idea

According to data from SolarReviews.com, property owners are installing solar panels and battery back-up systems in record numbers, which raises the question: Is including a battery backup with your solar system a good idea? 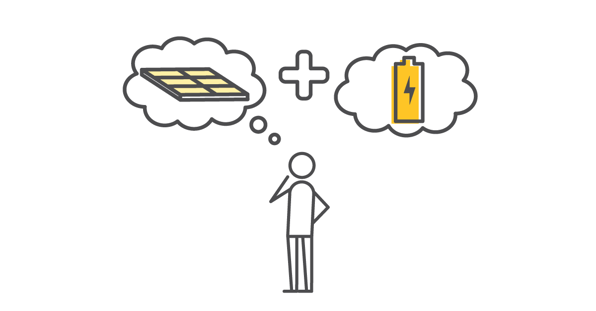 Extreme weather conditions across the U.S.—wildfires, droughts, severe storms, flooding and even unprecedented changes in temperatures—have disrupted the electrical grid resulting in large areas of the country losing electric power for an extended period of time. For many home and business owners a battery backup connected to a solar photovoltaic system could alleviate this disruption.

Battery backups are perfect for EVs

As electric vehicles become more available and gas prices make them more appealing, a greater number of consumers are making the switch and as a result, are installing home EV charging stations. Electric is a cheaper fuel alternative than traditional gasoline but when a home EV station is paired with solar and a battery backup the cost of charging your vehicle is all but eliminated.

For many people the choice to go solar was in part to the environmental benefits of using your own, self-produced, clean, renewable energy. Unfortunately, for example when your solar PV system isn’t producing energy at night you're forced to use energy from the power grid which is often produced by fossil fuels such as natural gas or coal. However, with a battery backup in place you can rest assured that all the energy you’re using comes from your own clean, renewable solar.

To learn more about the benefits of adding a battery backup to your solar photovoltaic system, contact an All Energy Solar representative.