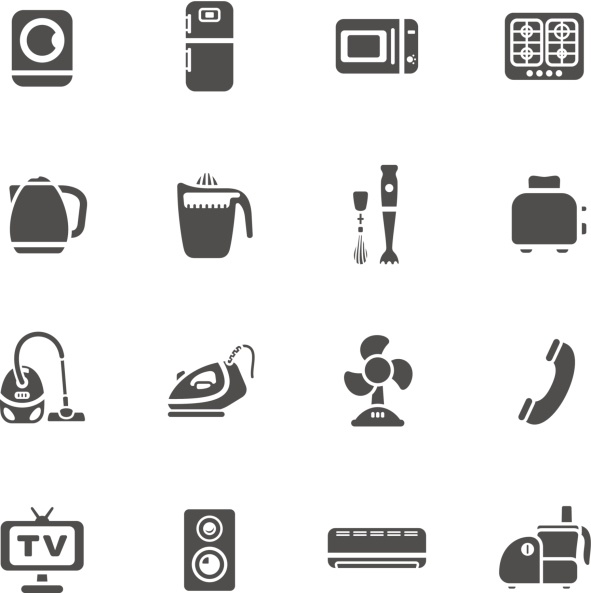 Consumers today are more interested than ever in taking steps to reduce their household’s impact on the environment. While most families may not be able to replace every appliance with more energy-efficient models, when it’s time to upgrade a washer or refrigerator, shoppers are increasingly asking for Energy Star ratings.

Environmental impact isn’t a consumer’s only concern. In a 2001 study, the U.S. Energy Information Administration found that two-thirds of the electricity used in a home is consumed by household appliances. By switching to an appliance that has been Energy Star rated, consumers can enjoy a significant savings on their monthly electricity bills.

Watching the latest episode of American Idol is costing you, especially if your set is a Plasma model. Plasma TVs consume 1,400 kilowatt hours each year on average. Switching to an LCD model can make a big difference, since LCD screens burn only 14.25 kilowatt hours as compared to the 45.8 kilowatt hours Plasma screens use. Energy Star’s 2014 list of most energy-efficient dryers includes several different models from Westinghouse.

But there is a worse offender in most homes. Electric clothing dryers are responsible for consuming 100 kilowatt hours. A gas dryer uses 5 therms, which is the equivalent of 146 kilowatt hours. Because they tend to consume massive energy by their very nature, dryers aren’t part of the Energy Star program. Still, there are dryers that have been recognized for their efforts at reducing these numbers, including dryers from LG, which are among many dryers on the market that are making an effort to incorporate energy-saving features.

When it comes to household appliances, the ones that use the least electricity per hour tend to be the ones consumers use least. Hair dryers, ovens, and space heaters use very few kilowatt hours and even refrigerators are energy friendly. This is especially true of newer refrigerators, which consume only 30 kilowatt hours per month.

When shopping for a refrigerator, consumers can enjoy an even better savings by choosing a refrigerator with a freezer on top. This design helps a freezer use 10 to 25 percent less energy than one with the freezer either on the side or the bottom. Refrigerators with water and ice dispensers on the front also use more energy than those that don’t offer these features.

Central heat and air can also bring savings, especially if a homeowner chooses a unit that has a high SEER rating. SEER stands for seasonal energy-efficiency ratio. The higher the rating, the more energy the unit saves while cooling. Each air conditioning manufacturer is now competing for the highest SEER rating, with companies like Lennox, Trane, and Carrier working hard to convince consumers they can help them save money on their monthly electric bills.

With so many appliance manufacturers now offering Energy Star-compliant products, consumers will have no problem finding items that save energy. This cost savings can also be beneficial during tax time, since credits are sometimes available for consumers who purchase Energy Star-rated appliances during a tax year.